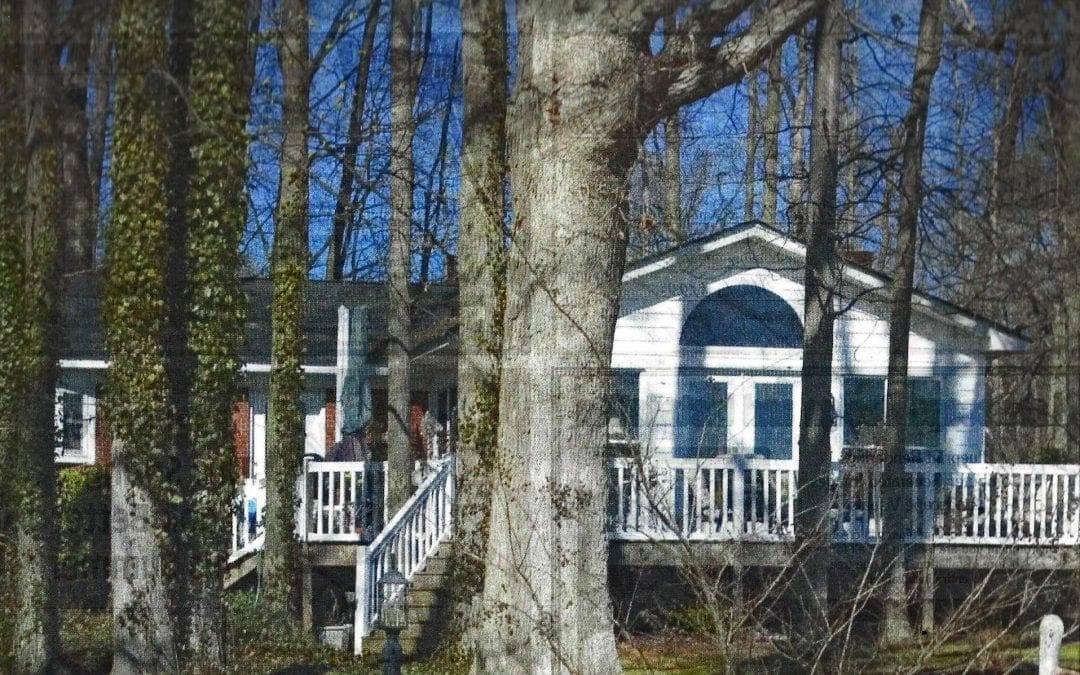 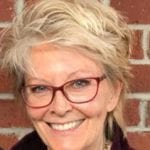 As your read this article about the risk and vision it took to built a home where a lake was suppose to come.

Like most people moving to Lake Norman, young Diana Dunlap could barely contain her excitement. One big difference, though: there was no lake, only a trickle of a creek that you couldn’t even see from the house. The year was 1962, and Diana remembers people thought her family was probably crazy to count on living by a lake that wasn’t there yet.

Today, she is Diana Sweezy, with a husband, two grown children and several grandchildren, and she lives in the original waterfront lake house. Her parents, James and Mildred Dunlap, bought the land, built the house, and even built the dock before the lake was created. They did it all with absolute certainty that the lake would be there, and that they wanted to live next to it all year round.

As a senior at Mooresville High back in 1962, Sweezy vividly remembers that people questioned where the new lake would be and even if it would come at all. She says despite people’s doubts, her father “knew the water was coming.”

“People in Mooresville would say to us, ‘Why do you want to move way out there?’ Or, ‘How do you know the lake will come up that far?’” She laughs as she looks out at Lake Norman from her waterfront sun porch. “But my Daddy just laughed. He knew where the water would go because Duke Power had markers out. “

Her parents had jumped at the chance to buy land “way out there” because they had always dreamed of raising a family on the water. They lived in landlocked downtown Mooresville, but their dreams were of shallows where the children could play and a view of water year-round. 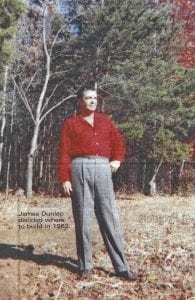 James Dunlap chose land in a lonely spot just west of where Williamson and Brawley School Roads come together. He bought the parcel from Dave Atwell, who had a farm where Sundown Estates sits today. The land was backed by woods and faced nothing but mud, cornfields, and a few sawmills. It’s very clear today that James Dunlap carefully observed the land’s contours, picking the gentle rise that the house would sit on, even figuring out how deep the water would be. The lake water would fill the front view and sweep around to the left, into a little cove. In effect, water would wrap around three-quarters of the house.

He had to have great foresight to anticipate this; there was a tiny branch of the Catawba River out there below the rise, to be sure, but it was only a trickle. Sweezy says it wasn’t one of the named creeks, and it was so small you couldn’t see it at all from where the house would sit.

“You have to realize this was all farm and woods,” says Sweezy. “We would have to drive down tractor paths to where the river was just a sandy creek. There were cows that would walk right down through the trees.”

On this land, the Dunlaps built the house they had always wanted: a classic 1960’s ranch of 1200 square feet, constructed of brick, with the front of the house facing the water. It had one of those ‘60’s picture windows in front that would eventually allow the Dunlaps to see an expanse of water from their living room. They put the kitchen up front, too, because Mildred Dunlap wanted a view of the water while she was cooking and washing up.

They built their pier, and then they waited for the water. It wasn’t long, because once again, James Dunlap was paying careful attention to what Duke Power was doing.

“We used to have to drive out Brawley School Road to see the glitter of the river water. But in 1963, we got to watch our little stream in the pasture get deeper and deeper until we could see it from the house.” She says the lake filled gradually, slowly swallowing cornfields and tractor paths, just as her foresighted father had anticipated. All her father’s calculations worked, because the water met the dock perfectly. Now all of a sudden, theirs was the first house on the lake.

“We know it was the first lake house because we were the first to get power out here – they had to bring the power poles down to us.”

Today, the house looks like many other brick 1960’s ranches on the lakefront. They expanded the house when her father died in 1999 and her mother was becoming more frail. She and her husband came to live there full time, to care for her mother, and they all needed more space for privacy. The expansion consisted of another 800 square feet: a new bedroom, bath, walk-in closet and screened in porch on one side, and a glassed-in sun porch and deck in front, where the picture window used to be. In 2002, when it became clear that Sweezy’s mother would need a wheelchair, they added ramps to strategic areas of the house.

The family still likes to spend as much time as possible by the water, so the glassed-in sunporch and deck get a lot of use. When the grandkids visit, the adults have an easy time monitoring the kids from there. Just as Sweezy’s father intended, the lake water is shallow until it gets to the old creek bank underwater – just enough distance for children learning to swim.

“Today everyone wants deep water, but Mama and Daddy knew they didn’t want that. They wanted us kids to have a beach and some shallow water to play in.”

The beach “sand” was another fortuitous aspect of the original land and her father’s acute observational skill. Sweezy says that portion of the pasture was always sandier than the rest. They never needed to truck in sand to make a beach, because a natural one seemed to have formed in just the right spot.

Sweezy says that beach was the scene of many an oyster roast up until about 1970. They’d have to drive all the way to a fishmonger in Charlotte to get the oysters. Then they would make a good hot fire on the beach, letting it burn down to the perfect hotness. They’d lay a sheet of tin across the hot coals, put the oysters on, and cover the whole thing with soaked burlap bags. Her mother would make crackling corn bread and French fries at the house while the oysters were cooking, and then haul the whole picnic out on the sand.

Because Sweezy’s mother originally hailed from coastal Wilmington, she knew her way around boats, and was devoted to seafood. She quickly became a fan of the fresh water kind from the newly created lake. The sight of a boatwoman catching fish was apparently novel enough to rate a piece in the local paper. A picture in the Mooresville Tribune from the 1960’s shows “Mrs. James Dunlap proudly displaying a 6 lb. bass”. Her daughter remembers that “she was one of the first women here to catch a fish. They called her ‘Riverboat Annie’ around here.”

When Mrs. Dunlap was casting for fish in those early years of the lake, there were few other boats. When you were out on the water, there were no markers whatsoever to navigate by. You often had to hug the shoreline to keep from getting lost.

These days, Sweezy rarely goes out on the lake because of all the boat traffic. She prefers to walk the beach in the very early mornings, when it almost seems as if she could be back in the 1960’s – if she keeps her eyes on the sand or sky, that is. She is nostalgic for the days when she looked out at the water, and there were no homes across the way.

“If only you could imagine the total silence… and at night, the total blackness…. And the quiet! It was sooo quiet. People have no idea what it was like to be alone out here.
It has been wonderful watching all of this, just wonderful.”